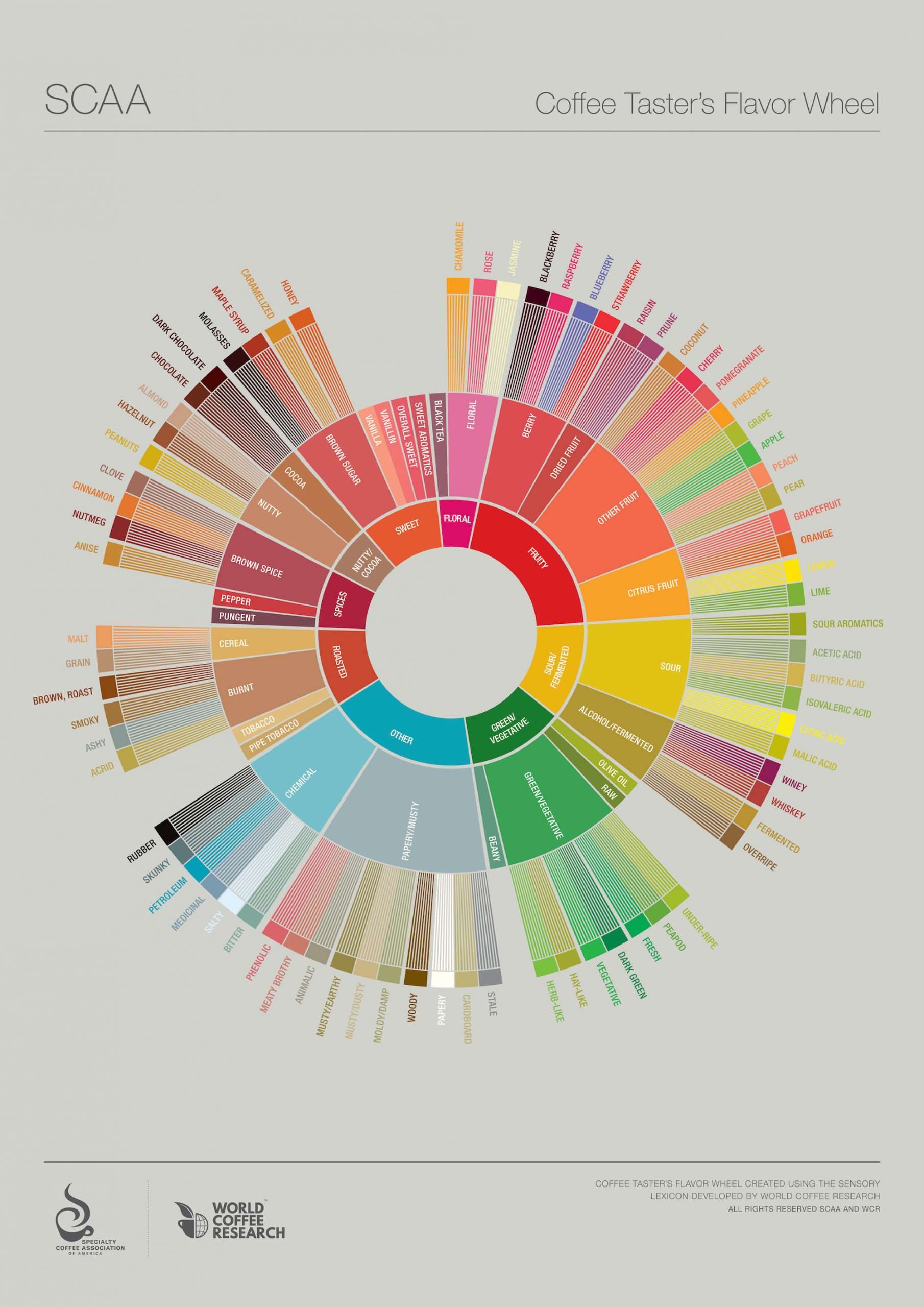 Coffee taster flavor wheel above is the latest release of the coffee taster’s flavor wheel according to the Specialty Coffee Association of America. Take a look and download a copy for reference.

Flavor wheels has been a really useful tool for coffee professionals for many years and is often an integral part of the walls of coffee labs as a handy inspiration to put words on taste experiences. Starting with Ted Lingles flavor wheel developed two decades ago several other useful wheels have been developed. So why develop our own aroma wheel, when there are already a couple of great flavor wheels existing.