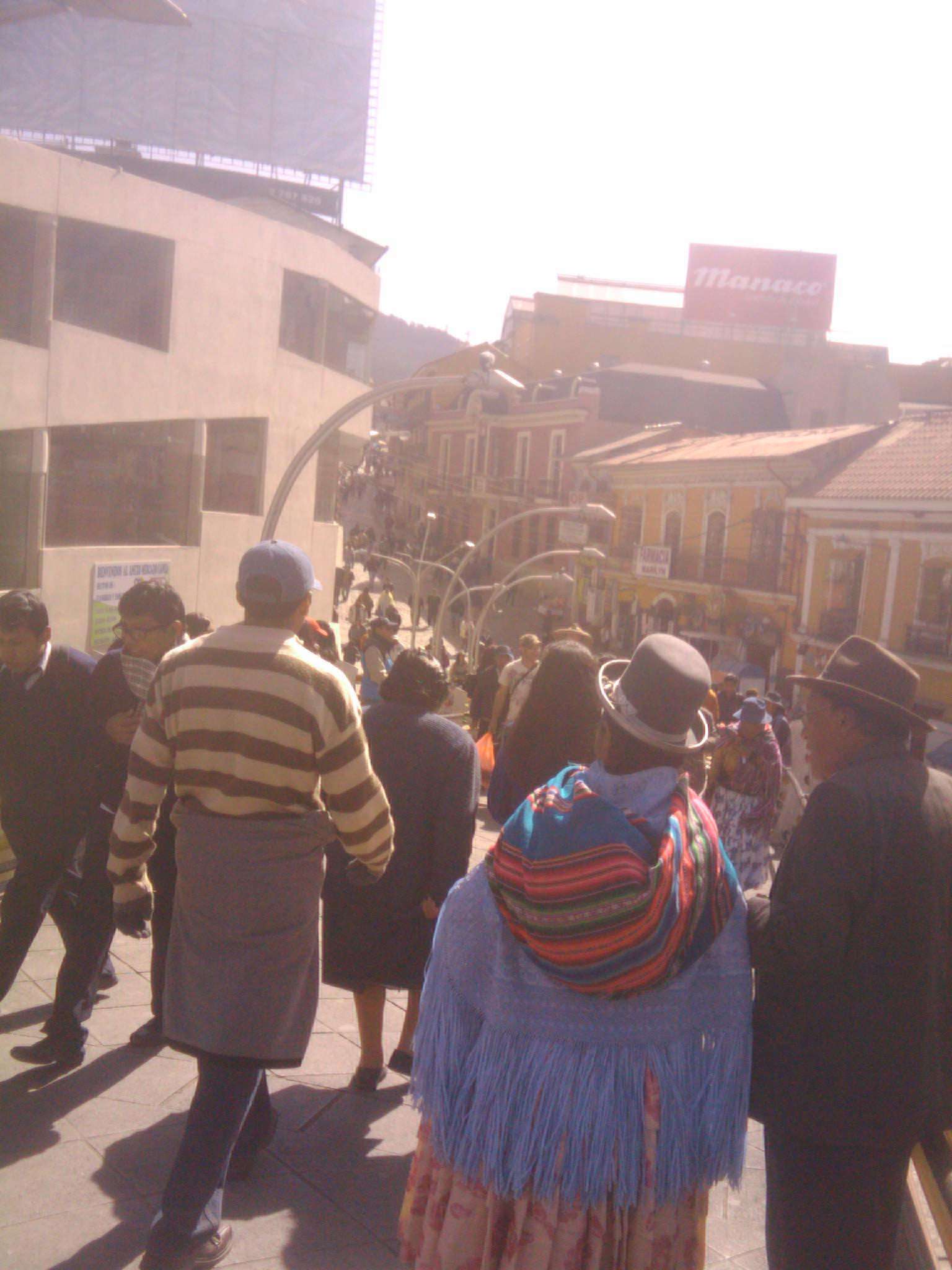 I met the Bolivian side of my family for the first time in my life when I went to visit La Paz in (2011). Our encounter was very unique. My Bolivian family members and I both spoke in Spanish, but with different accents (I speak with a Dominican accent). It was very funny.

Anyways, below are some pictures from that first trip about 8-9 years ago. If you like them, write a comment below. Also, follow me on social media @cocotucafe for more pictures of my travels to Bolivia and Latin America.

While I was walking in La Paz city center, this lady and her colorful uniform grabbed my attention. She was into something.

Many were in favor of Evo, but others clearly did not like him.

Beers, cervezas, chelas were mainly served in the big bottles instead of the regular 8oz we are used to in other countries. Huari is my favorite.

Cool uncle Rolo hung out with me. We walked together everywhere.

Cholitas are hard working ladies running many types of business around La Paz. They wear cool hats and traditional outfit. Visit La Paz to experience a full experience of culture and fantastic colonial architecture and history. 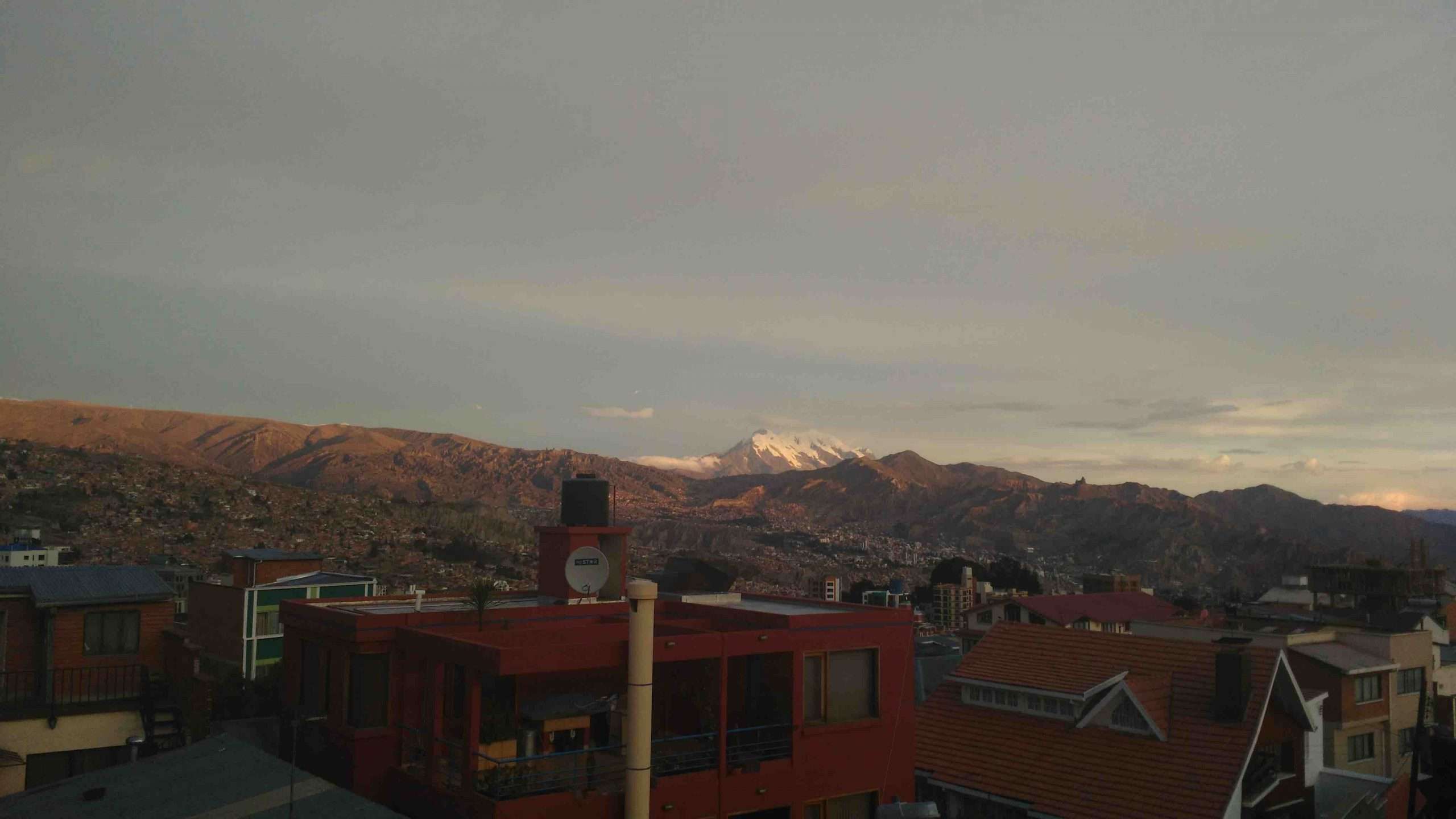 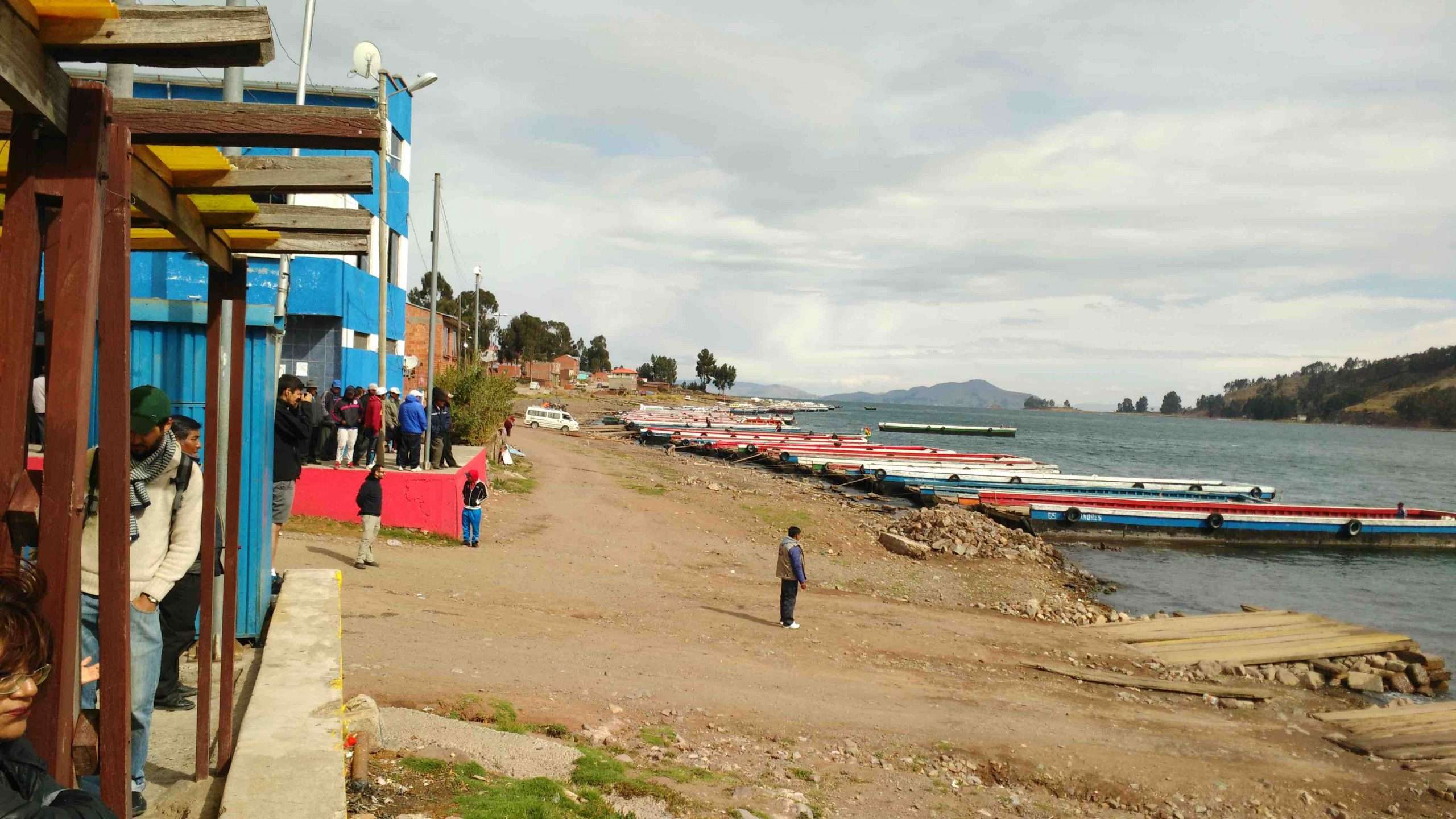 Bolivia Copacabana is located in the border of Bolivian and Peru. Tap or click on the images to see a larger view. You can order coffee from Bolivia on this website using this Bolivian Coffee link. 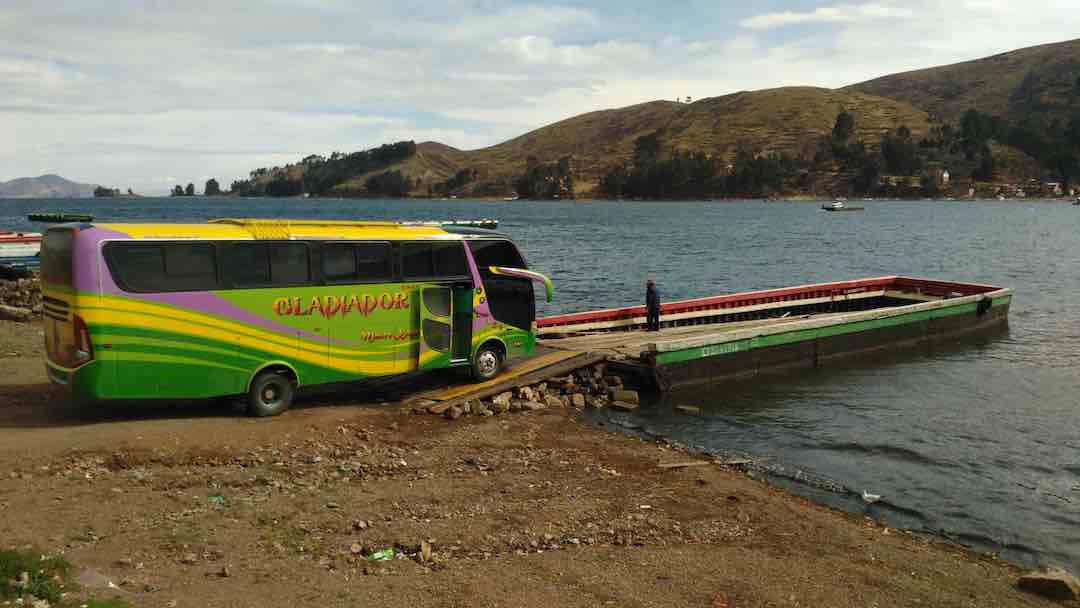 There are many reasons to visit Bolivia. This is a country in central South America, with a varied terrain spanning Andes Mountains, the Atacama Desert and Amazon Basin rainforest. At more than 3,500m, its administrative capital, La Paz, sits on the Andes’ Altiplano plateau with snow-capped Mt. Illimani in the background. Nearby is glass-smooth Lake Titicaca, the continent’s largest lake, straddling the border with Peru. 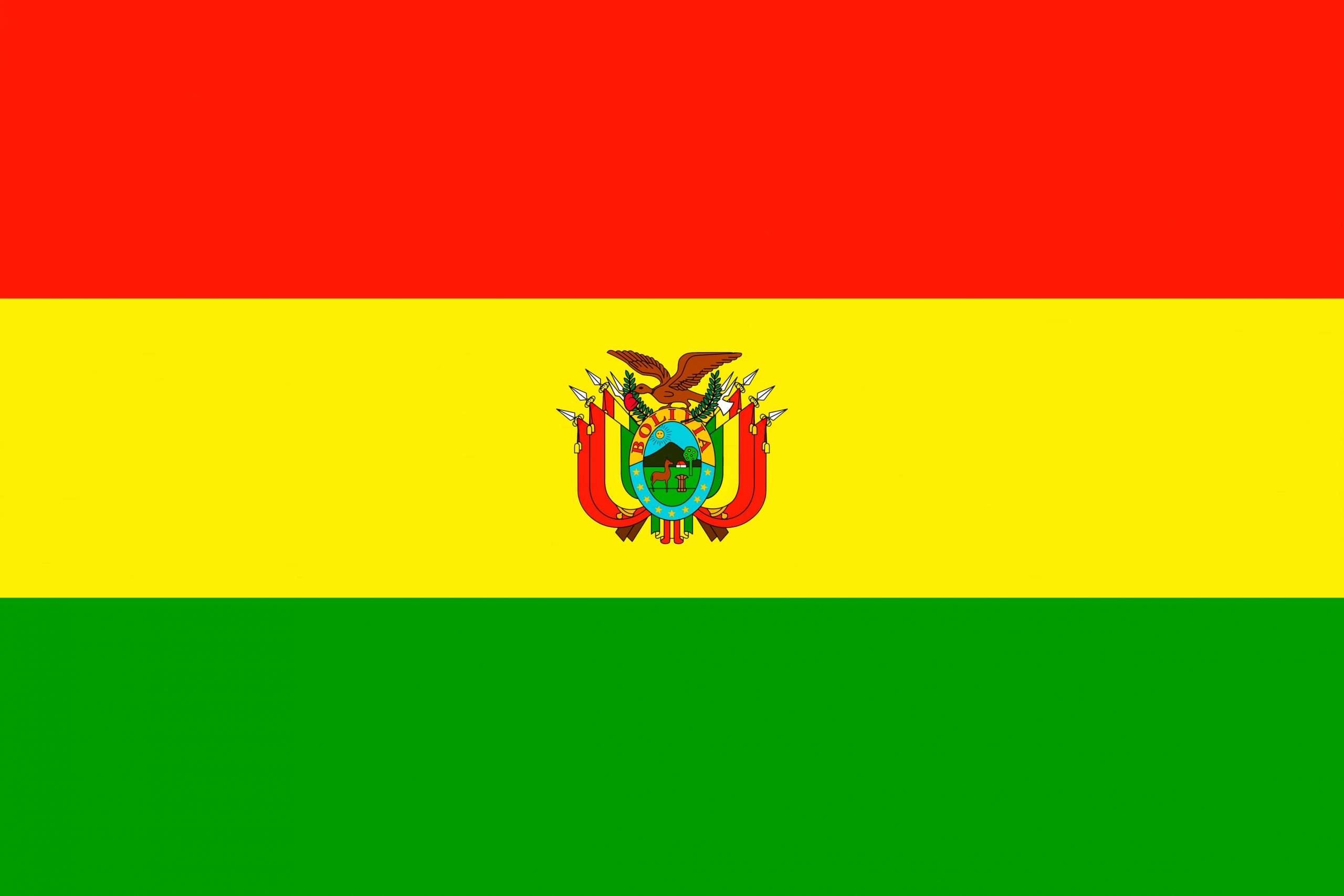 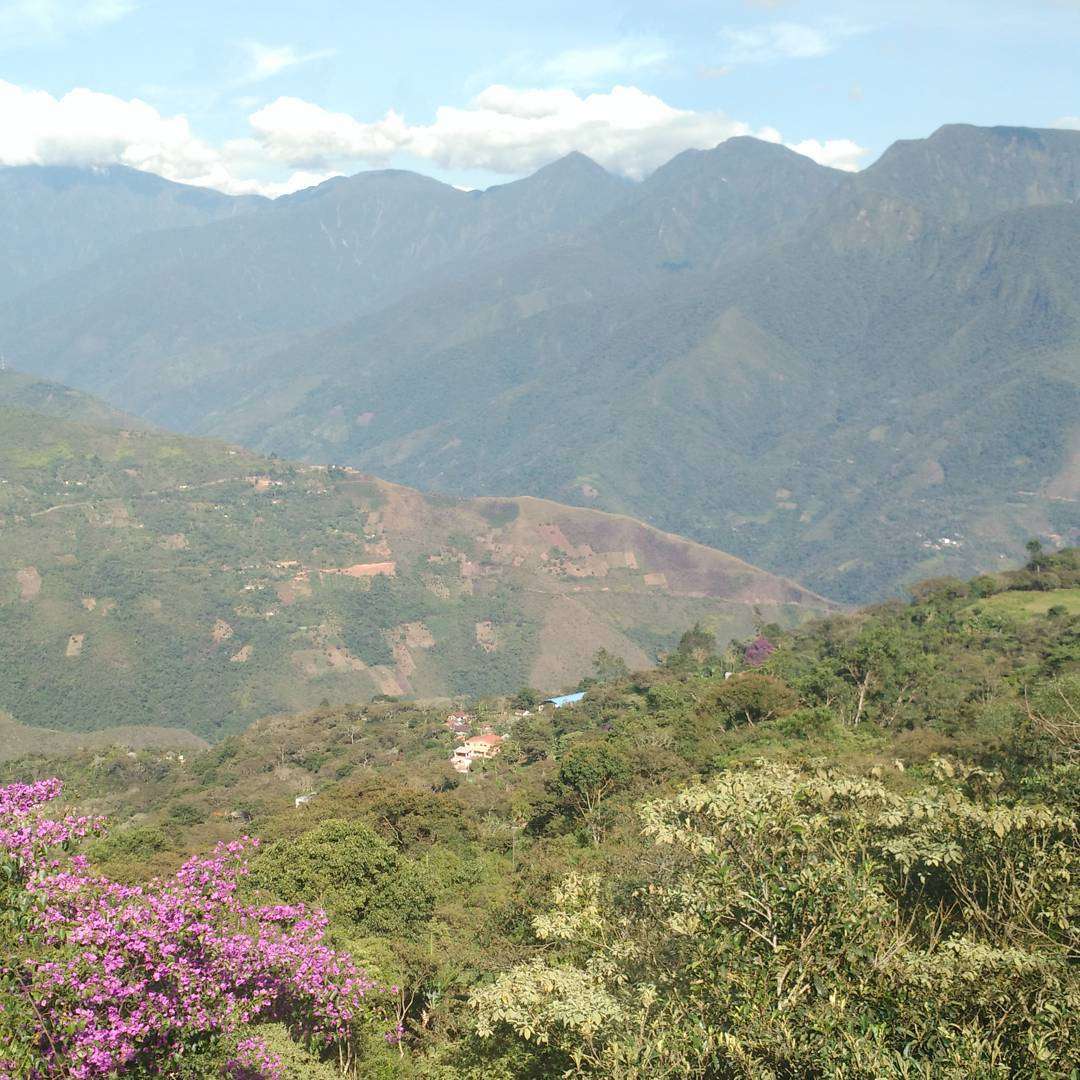 In the height altitude of Bolivia the shade of the siquilis; This Bolivia coffee farm characteristic trees of the place that shelter coffee plantations. Its height and size of leaves provide great shade to the coffee trees. Also, the irrigation these coffee grains obtain is from the ice melting of the Illimani and the Mururata mountains. These mountains create several water streams that arrive at the coffee plantation zone. Therefore, this product becomes to be completely pure, natural and organic.

Another portion of this Bolivia coffee farm coffee from the NOR YUNGAS, in Taipiplaya. This area specializes in amazing coffee crops. This zone is located above the thousand meters of elevation, and has coffee crops planted in great extensions. The type of grain is Arabica 100%. Here in this region is where around 300 families live every day of the cultivation of coffee and its derivatives.