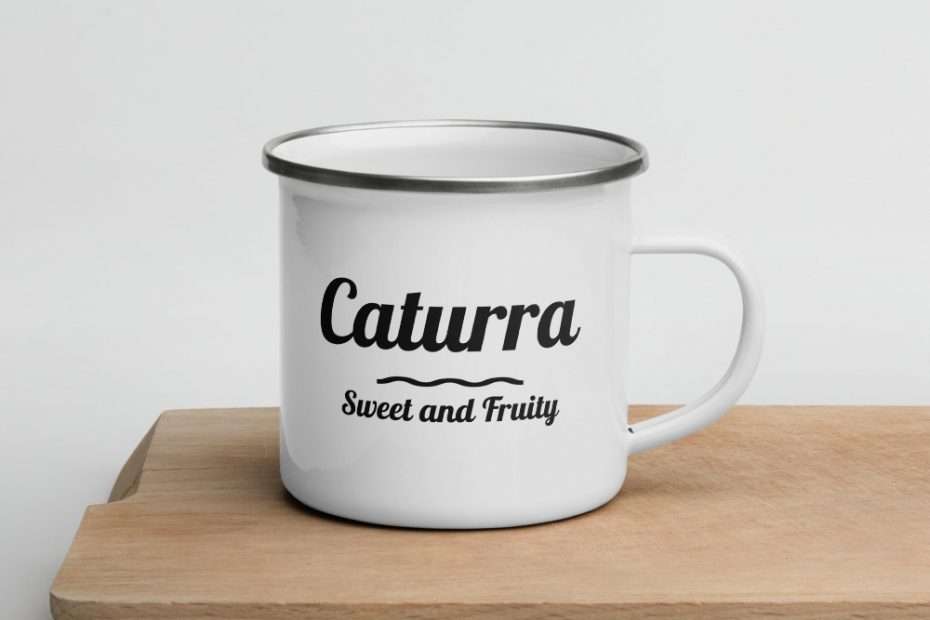 Caturra is a cultivar of Arabica identified as a natural mutation of Bourbon. Its name is derived from a Guarani word that means “small.” It is also known as “Nanico”. The cultivar has been responsible for significant changes and advancements in the coffee industry around the world. It is a high-yielding varietal and the size of the tree is small when compared with other Bourbon varietals.

Caturra was discovered for the first time between 1915 and 1918 on a plantation in the Brazilian state of Minas Gerais. This is frequently referred to as a semi-dwarf plant and thrives in hot, dry conditions. As it does not grow on and on, it is easy to pluck the cherries.

Caturra belongs to the coffee species called Coffee arabica. This coffee bean originated in Ethiopia, as the name implies, is arguably the most sought-after type of coffee. Although it was found in Brazil, now it is grown mostly in some other countries. The coffee Arabica coffee bean is well-known for its diverse flavor profile. It can have a sweet-soft taste or a sharp-tangy taste. They smell like blueberries when not roasted. When roasted, the fruity aroma lingers, adding sugary undertones. Caturra, like bourbon coffee, is known for being sweet, complex, and crisp.

As mentioned earlier, the Caturra varietal coffee plant is small in size, and therefore farmers can plant crops closer together, allowing for more fruit to be produced and harvested at the same time. The plant is extremely vulnerable to leaf rust. At higher altitudes, quality improves while quantity deteriorates. It matures faster than traditional varieties such as Bourbon and Typica. It is now one of the most economically important coffees in Central America, and it is frequently used as a “benchmark” against which new cultivars are tested.

Caturra was thought to account for nearly half of Colombia’s production until a government-sponsored program began in 2008, incentivizing the replacement of over three billion coffee trees with the leaf-rust resistant Castillo variety. Among the countries that grow plenty of Caturra are Colombia, Nicaragua, and Costa Rica. Caturra varietal coffee contributed to the region’s intensification of coffee cultivation in the second half of the twentieth century by allowing for higher density planting, often in full sun. Cup quality is typically characterized by bright citric acidity and less body and sweetness than Bourbon.

The Caturra selection process was known as the mass selection, which means that a group was chosen based on their superior performance, seed from these plants was bulked to form a new generation, and the process was then repeated. The variety was never officially released in Brazil, but it has spread throughout Central America. Caturra is also known as one of the parents of the “Catimor” family of cultivars. To create a dwarf plant with rust resistance, various lines of the coffee-leaf-rust-resistant Timor Hybrid were crossed with the  Caturra varietal coffee. Costa Rica 95, Catisic, Lempira, and IHCAFE 90 are some Catimor varieties.

In Portuguese, the term Caturra refers to a type of parrot. It translates to “Cotorra” or “Perico” in Spanish. A “Cotorra” in Spanish can also refer to someone who is very talkative and noisy.